Learning to lead at Roseville 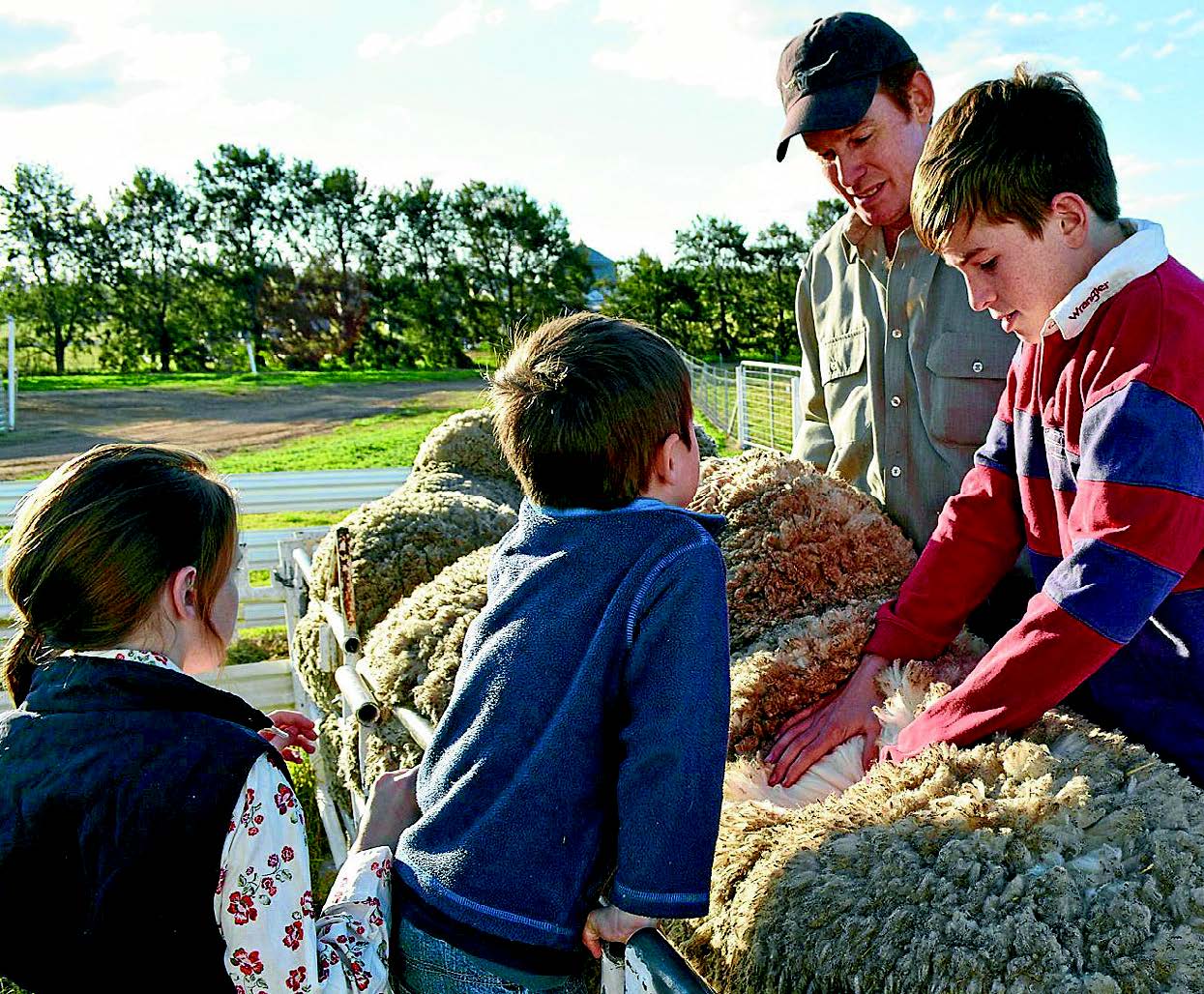 What the Coddington family at Roseville Park Merino stud, Dubbo, call a “quiet year” may not exactly be how most would describe the young
family’s busy timetable. Fifteen days of shearing, producing just under eight kilograms of 18 micron wool per head in March, was followed by a successful showing at the Sydney Royal, a tour of New Zealand judging the Marlborough flock ewe competition and the year’s first embryo transfer   lambs hitting the ground – and that only takes us to early May.

Next came the NSW Sheep Show, where as well as exhibiting both the March- and August-shorn grand champion ewes and taking out the most  successful exhibitor award, Roseville Park principals Matt and Cherie Coddington were an integral part of organising the Dubbo-based event,  including the running of a 150 student strong junior judging competition.

Having done the heavy lifting to help set up for the show, which included 900 sheep from 13 different breeds, the Coddington’s exhibited their  sheep on the Friday, got the kids to their Saturday morning sport commitments and horse riding classes and were over judges in the junior section on Sunday, before it was time to pack it all up for the next year.

At the beginning of June, the old shearing shed was coming down and a new one  installed.

Eight kilometers of pipeline and 20 water troughs were being put in to better utilise paddocks and grazing management.

This was thanks to a farm innovation and infrastructure loan – a tool which Mr Coddington said will allow them to enjoy the benefits of improved working conditions and farm production for many years to come.

This commitment to the future of agriculture is one of the things that make  Roseville Park leaders of not only the Merino industry, but of the agricultural community, of the business community and of their local community.

The property, “Glenwood”, 30 kilometres south of Dubbo, where the Coddingtons, their five children, and 8000 stud Merino sheep call home, has long been training grounds for past, present and future leaders.

Trainee stud stock agents are invited to spend a day inspecting rams each year, workshops to help clients improve their business and sheep  management skills are hosted regularly, and field days – such as the Bred Well Fed Well program – are often held at Roseville Park.

“We have  realised that it is hard to do it all on your own running a farming business and that sometimes our comfort zone has more control over us than ourselves,” Mr Coddington said.

“We like to encourage our staff, clients and colleagues to get out there and learn as much as possible; it keeps  farming exciting.” Just next week Roseville Park will host “A date with Dick Richardson” – a forum with the renowned grazing management educator and his new ideas about growing grass and pasture management. Passing on knowledge, and building on their own, is one aspect of what drives the Coddingtons to be leaders in their field. Another is producing some of the most elite Merino genetics in the world.

With genetics heading across not only the country, but across the world, it is hard to keep track of where Roseville Park is having the biggest impact.

Roseville Park genetics have been used in eight different countries across the world with the biggest influence being in Uruguay where Roseville  Park has an influence in over 70 per cent of the genetics in that country’s two million head Merino flock.

Recently involved in a project undertaken  by Australian Wool Innovation, Roseville Park featured in “The Source” video, a series highlighting where our precious Australian Merino wool comes from telling the stories of wool producers to consumers around the world.

The Coddingtons expressed to viewers that while getting to the top was a long, hard slog over many generations, staying there was the ultimate challenge. “It’s like we are training for the Olympics each year, and you are always aiming for the gold medal – we incorporate that in sheep breeding as well, we are always on a big fitness regime to improve what we have, and it is constant as the goal posts keep moving,” Mrs Coddington said.

“We tend to go to bed thinking about our business, and we tend to get up in the morning thinking about it.” The Coddington’s secrets to
success when it comes to breeding top-quality Merino sheep have been well documented, but remain a solid foundation for the stud.

Producing big-framed sheep, cutting an average of 7.8 kilograms of 18-micron wool, and looking after their flock sustainably by utilising
good grazing and stock management systems means a win on three fronts, according to Mr Coddington – for the environment, for the sheep, and
for them financially.

Lambing rates between 117pc (autumn) and 142pc (spring) have enabled greater selection pressure within the stud, and this coupled with a large embryo transfer program and one of the largest artificial insemination (AI) programs in Australia where 3000 ewes are AIed annually, the genetic gains have been rapid over the years, according to Mr Coddington.