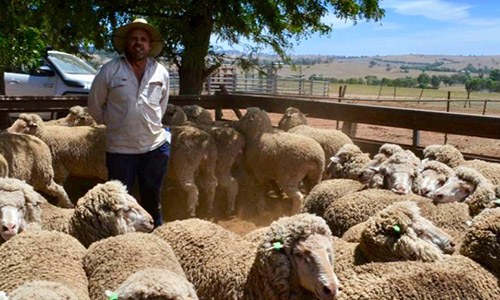 Andrew Green has won the Boorowa Maiden ewe competition 4 times in the past seven attempts and attributes his success to his strong focus on fertility and fleece weight.He aims for an average lambing percentage of 110-115% and is focusing on producing more twin lambs. His ewes average 7.5kg of 18.5 micron wool. He says,” The Roseville Park sheep have big heavy cutting, low micron sheep with high fertility which is what we are aiming for”.

This year’s winning mob of maiden ewes was only classed at 12% and 70% of the ewes retained in the flock were reared as twin lambs. Source- The Land Newspaper.